"Hey, did you know the last four Kanto League champs were from Pallet?"

GM Info: Standing at an average height of 5’10, with an average weight of 150, and an average build, Zach is decked out in high end Official Pokemon League Gear, specifically Pallet Brand stuff.

The boy’s got a habit of bringing up the Pallet Champs on a regular basis, occasionally making a pretty big deal about the fact the last 3 (and as far as he’s concerned, the next) champs all being from his hometown.

Despite his occasional detours into fanboyism, Zach presents as a solid trainer, competent, and knows what he’s about…. how much of that is mimicking the champs vs. his own initiative is yet to be seen.

Pallet Born and Raised, and proud of it! 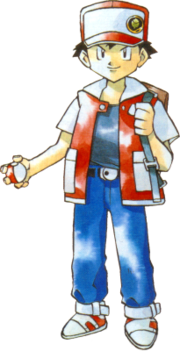